Everyone knows that impertinent Lee Montgomery is marrying Charles Richardson for his money. After Lee vanishes, Charles’ friends breathe a sigh of relief. But Charles loves his pretty fiancée and is determined to get her back. He enlists the talents of Mrs. Sheila Malory, whose pastimes include reading nineteenth-century novels and ferreting out the truth. Mrs. Malory, a reluctant amateur detective, is soon convinced that Lee has been the victim of foul play. The residents of the sleepy seaside village of Taviscombe, England, are about to discover just how difficult it is to keep their terrible secrets with Mrs. Malory on the case.

Gone Away is Book One in the Mrs. Malory Mystery series 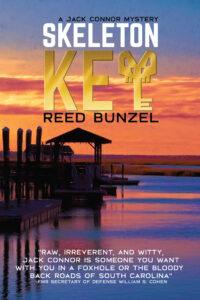