Going Dark, by Dennis Must

Going Dark (184 pages) is a collection of seventeen stories by Dennis Must. The cover and interior illustrations are by Rostislav Spitkovsky, who also illustrated Must’s novel, The World’s Smallest Bible.

Must’s most recent novel, Hush Now, Don’t Explain was the winner of the 2014 Dactyl Foundation Literary Fiction Award. It was also shortlisted for the Eric Hoffer Award.

“Even when the narrators and characters grapple with their identity, madness, or simply doing the right thing, Must uses his prose to ground his reader. In fact, his use of prose expertly highlights the split between what is real and what is not by combining poetic prose with crisp, concrete prose. Taken together, Must’s collection is a perceptive exploration of very real parts of life—childhood, marriage, employment, old age, and death, to name several—that reveals how even ordinary and prosaic aspects of life can be full of anguish and can lead to mental deterioration.”  Read more….

5 Stars: “Dennis Must’s third short story anthology, Going Dark, presents a raconteur a la F. Scott Fitzgerald meditative pretext by transporting the reader into each of the dissimilar accounts be they matter-of-fact or stately, rational or imaginative. [….] Must’s writing is expressive, as he approaches the numerous stages of life we all share as we too transfer from childhood to youth, to conceivably consider marriage or other association, and, at the end face the inevitable death that awaits us all. Lives so unrelated yet very much the same; are the ones brought to life under the pen of this skillful writer. Dennis Must’s assortment of short accounts, is at once a multilayered, thought-provoking psychological frolic in addition to being a deeply seated thoughtful work; brimming with anxiety, as distant, unapproachable, self-absorbed characters usually at odds with themselves, others around them, and life in general[….] Enjoyed the read, happy to recommend for those who enjoy a bit of the avant garde.”  Read more….

“Writers aren’t exactly people … they’re a whole lot of people trying to be one person.” In Dennis Must’s third story collection, Going Dark, the narrators mirror F. Scott Fitzgerald’s observation by drawing the reader into their dissimilar yarns, earthy or exalted, practical or fanciful. An aging actor looks back on his life, but whose life does he recall? A couple finds a novel way to spice up their marriage, but then the fantasy takes on a life of its own …. Middle-aged men struggle to cope with distracted wives and terminal loneliness. They look back on hapless childhoods to come to terms with what drove their parents or siblings to suicide, infidelity, or madness.

Post World War II Midwest is the predominant setting, and Must’s poetic gift captures its moods, textures and odors and gives it form and substance in vivid colors and dramatic shades of gray.

Their author has been variously compared to Franz Kafka, Flannery O’Connor, Nathaniel West, and Nathanial Hawthorne.

Says Must, “Stories preserve the heartbeat of those telling moments in our lives that, for better or worse, distinguish who we are. I write to savor their ardor once again, in hope that they become less ambiguous so that I might revel in their wonder, their mystery, or even mitigate their lingering pain. It’s a journey that began for me upon reading Sherwood Anderson’s ‘I Want To Know Why.’ ”

Dennis Must is the author of two short story collections: Oh, Don’t Ask Why, Red Hen Press (2007), and Banjo Grease, Creative Arts Book Company, Berkeley, CA (2000). His first novel, The World’s Smallest Bible, was published by Red Hen Press in March of 2014. His second novel, Hush Now, Don’t Explain, was published by Coffeetown Press in October of 2014. His plays have been performed Off Off Broadway, and his fiction has appeared in numerous anthologies and literary reviews. Dennis and his wife Aviva live in Massachusetts. Click here to visit him online.

** Click the cover image to buy the paperback online. Or buy it for your Kindle, Nook, or in other digital formats on Smashwords ** 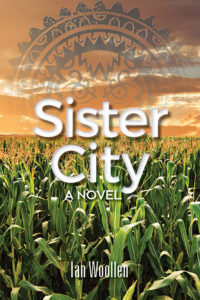 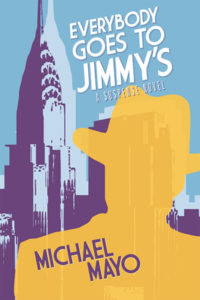 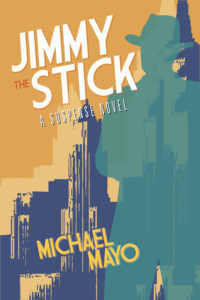 Jimmy the Stick, by Michael Mayo 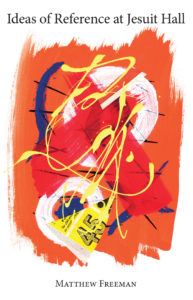 Ideas of Reference at Jesuit Hall, by Matthew Freeman